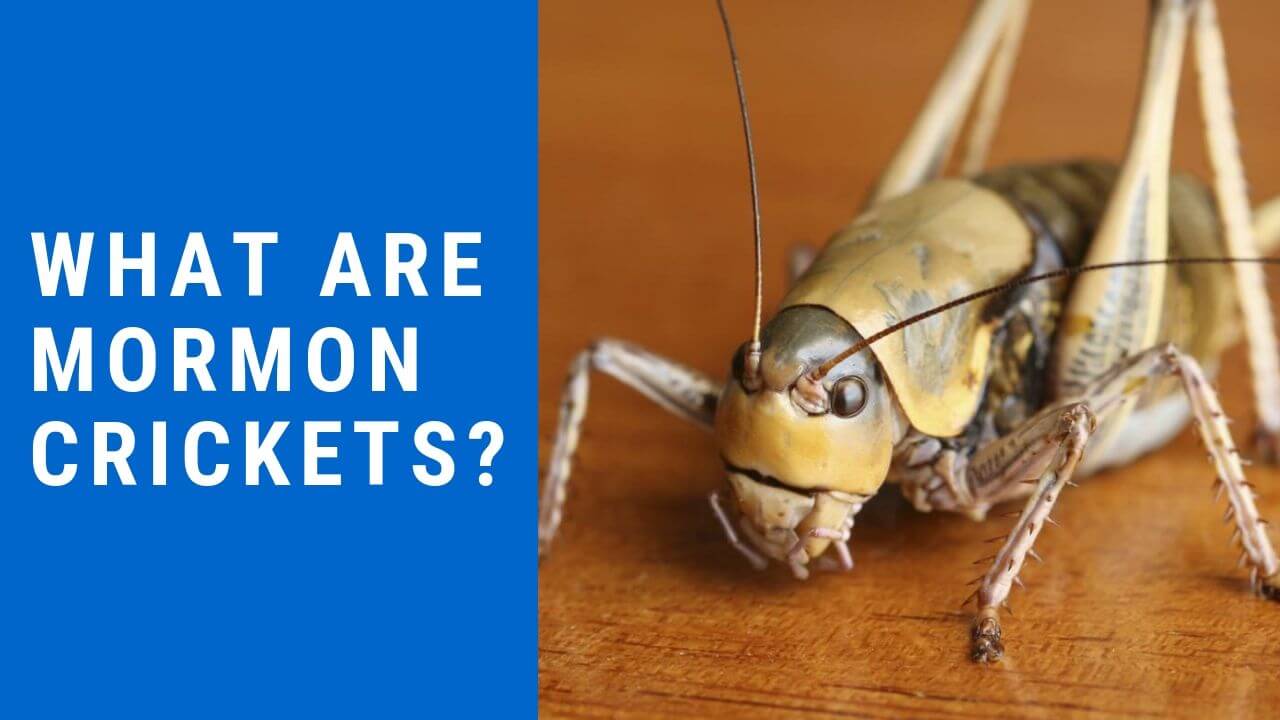 Mormon cricket has become notorious for its destructive invasions although they are known as crickets these insects are actually katydids, not true crickets. They don’t fly, they can hop and crawl as much as a mile in a day eating anything and everything. Historically Mormon cricket infestations are bad for about three years in every decade.

Mormon crickets are technically not even crickets but a type of large katydid. They’re called Mormon crickets because when Mormon pioneers traveled out west here and settled out here they came and had some severe problems with these insects eating their crops. It has jaws that it chews through plants and things. They can weigh up to about three grams which is about the weight of a penny.

What do Mormon crickets eat?

When the conditions get right these insects can appear in staggering numbers and researchers are still not quite sure why large groups of these insects appear some years and then other years they do not. When they swarm they’ll feed on a wide variety of plants and they can decimate all sorts of crops just because they’re severe numbers. They prefer feeding on developing fruits, flowers and seeds and so that’s why they caused the most damage. They’ll also eat roadkill, they also are cannibalistic, they will eat other Mormon crickets when they’re available and the reason for that is because they need extra protein. They’re not able to get that protein in the environment so eating one another will help them get the protein they need.

Crickets move two kilometers or about 1.25 miles in just one day and these are some of the fastest moving insects. When these crickets get in large numbers they can cover up roads
and the roads will get so slick from so many dead bodies of the crickets. Crickets get on the road and then other crickets come to cannibalize them and then they just keep building in numbers until the roads are just super slick and so it almost makes it like you’re driving on ice.

Females have an ovipositor, they use this to inject eggs into the ground and keep them hidden from predators. Males doesn’t have long ovipositor and they make a noise called chirping to attract females. When resources are low and cricket populations are high males get to choose who to mate. when resources are high and populations are low then females get to choose who to mate.

What Do Crickets Eat What To Feed Your Pet Crickets