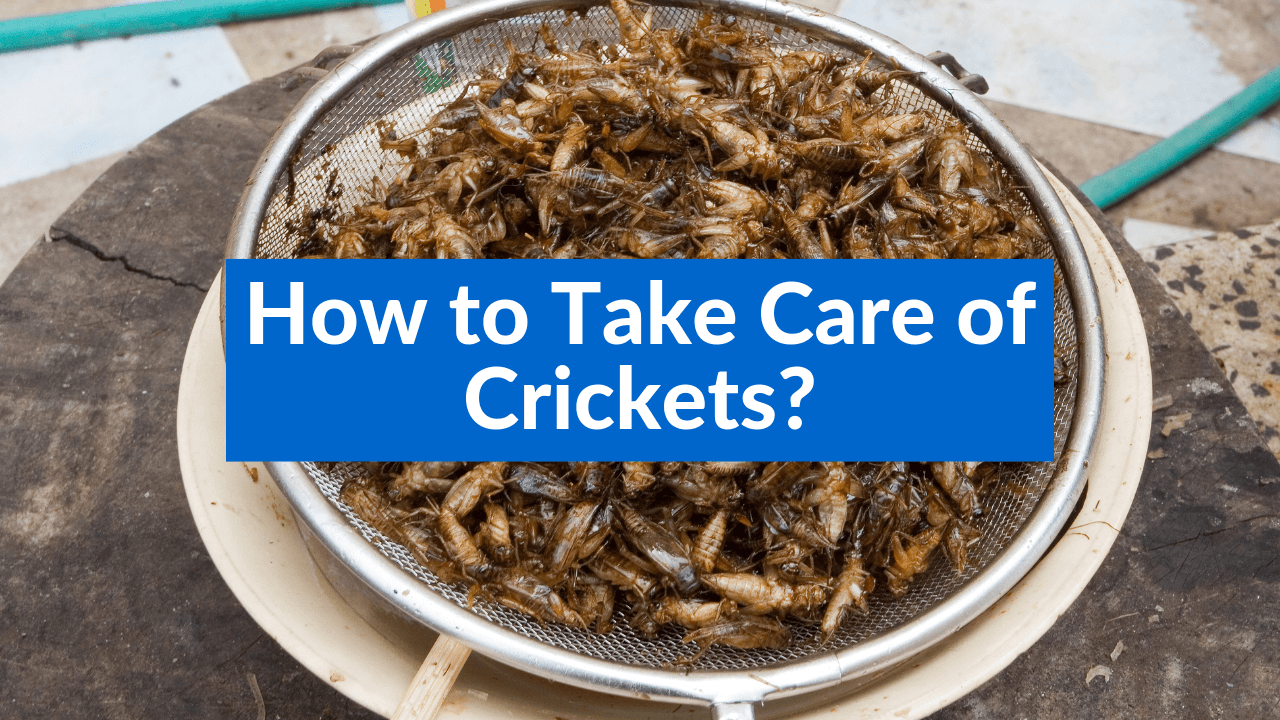 Austin Miller from Craftcrickets answers some of the Most Frequently Asked Questions about maintaining your crickets and what do you need to do on a day-to-day basis.

Contents hide
1 How often do I check my crickets?
2 What are you looking for?
3 Do I need to clean cricket frass or poop that collects at the bottom of your brooders and How often?
4 What do I feed my crickets?
5 Summary

How often do I check my crickets?

In a perfect world, the crickets would be very self-sufficient. They could go a whole lifetime without checking the crickets. I bet that can be done someday with more automation and with more sophistication, I haven’t reached that point. When I first started I like to check every single day and my cricket that I raise in my house I still do check every single day, just because it doesn’t take much time just to look at a few crickets and to make sure everyone’s happy, healthy and there’s plenty of food. In my commercial farm though that takes too much effort to go in and look at all my crickets every single day and so I really aim to do that about once a week, and it’s taken me a while to get to a point where I only have to monitor my crickets once a week. If you’re just getting started I would encourage you to look at your crickets every day.

What are you looking for?

When you look at your crickets first you want to make sure that they still have plenty of fresh food and freshwater. If the water is getting dirty, if you see dead crickets in the water, you’re gonna probably want to take that out of there and replace it. You also want to make sure that the bin hasn’t gotten completely destroyed, there hasn’t been spilled water, there hasn’t been something that has gone bad and has started to give off a bad odor. Typically if you smell something that means there’s something wrong with your cricket farm.

In my commercial farm, I don’t look at all my crickets every day unless I smell something. If I smell something coming from a corner of the warehouse, I’ll go and check in the bins there and I’ll find what’s causing it and oftentimes it’s that smells from something that I screwed up. Either I spilled water and that standing water has eroded some of the egg cartons, made some of the frass at the bottom of the bin all moist and rather disgusting. I don’t like that smell, crickets don’t like that smell either. so you’re gonna want to clean that up right away.

I checked my bins once a week or so in my commercial farm. I would check a lot more often though if I wasn’t using water containers where the crickets had a risk of drinking all the water right away. So you want to make sure that the crickets don’t run out of food and water. If your crickets can drink all the water that you give them in a day or two, you have to check every day or two to make sure that they have water.

Do I need to clean cricket frass or poop that collects at the bottom of your brooders and How often?

Ideally, I clean that out as little as possible, which would ultimately mean never in the course of a cricket lifetime if I don’t have to. If you’ve done everything right, your cricket environment will stay nice and dry and the cricket frass will be rather odorless and it will just fall to the bottom of the cricket container. But if that gets wet, it’s very disgusting and then I have to move it out. So as long as I don’t get the frass wet or it’s not getting mixed in too easily with the food and water, I’ll just leave it at the bottom of the container. When I’m using egg cartons for the crickets to raise up, frass will start to collect in the little divots inside the egg cartons. So maybe once or twice during the life cycle of the crickets, I’ll take the egg cartons that are in the container and I’ll just shake them a little bit, ideally perpendicular with the ground to get any of that frass to fall to the bottom and to aggregate at the bottom of the container.

I don’t want to have piles of frass just building up inside the egg cartons because that reduces some of the surface area for the crickets to live on and also that gets disgusting.

So if you could do it try only to change frass every lifecycle or remove it every lifecycle when you do a thorough clean of your container. Throughout the lifecycle, you probably don’t need to clean it though water is probably the reason I have to monitor my crickets the most. My
adult crickets about a week to drink through the quantity of water I give them. So in a perfect world, I would only go in and change check them once a week and make sure that they have enough water. But like I said sometimes you screw up, sometimes the water gets dirty, sometimes the water is contaminated and crickets start dying in it and so then you’re gonna want to swap out that water.

What do I feed my crickets?

To give a more thorough answer, what I need to give them is protein. We’re growing these for a protein source and so we have to actually give them protein. From my personal research and from studies I’ve read, crickets need roughly 20% of their diet to be based on protein. If you give them much less protein than that they’re really gonna struggle to grow at an optimal level and they also risk eating themselves as a way to get more protein or I should say cannibalizing their friends.

There’s a lot of high protein grains up there, I just buy organic chick feed from my local feed
store. When I go to my feed store, they may have a dozen different types of chick feed and I want to make sure that I get in for the Baby Chickens because if you look at the labels, you’ll see The Baby Chickens are gonna have a higher protein anywhere from 18 to 22 percent whereas the adult chicken feed might only be six to eight percent. So I take the baby chick feed and then I just make sure that I agree with some of the other ingredients in there.
The feed that I buy is pea-based, there’s a lot of peas in it there’s a lot of grain in it and then it’s been fortified with some calcium and some other good stuff. I try to avoid getting cricket feed that has a lot of soy. In some places that may be the only thing available but the crickets don’t mind the soy. I just would prefer feeding them a diet not based on soy.

I love to give the crickets fruits and vegetables and I do this more based on what fruit and vegetables I have available. I have never found a type of fruit that my crickets haven’t enjoyed eating. A lot of times I will take whole apples or whole plums and put them in my brooder with crickets. The very next day only seeds or the pick will be left and everything else will be gone. They love potatoes, greens -like spinach and lettuce, nuts. My crickets do not necessarily like Kale and Chard, I think they’re probably too fibrous.

Really the only thing that I haven’t been able to get my crickets to eat besides some of the hipster greens will be Spent Grain. No matter what I do with it I haven’t been able to get the crickets to eat it. Maybe they can tell that all the nutrition is spent from it. I’ve tried drying it. I’ve tried grinding it up into even finer. It smells great to me but the crickets don’t like it.

Crickets will eat almost all things but the important thing is that they’re getting enough protein and that is why I use the chick feed to serve as a good protein source that will always be available. I always make sure that they have plenty of organic chicken feed available to them.

Some people don’t like buying the organic chicken feed. They’d rather just make their own. So if you have the time go ahead, mix your grains together. Always look at the labels of different feeds. A lot of people feed their crickets cat food and then they mix some calcium. The most important thing is that they get their protein.

How are Crickets Processed for Food? Tutorial 6