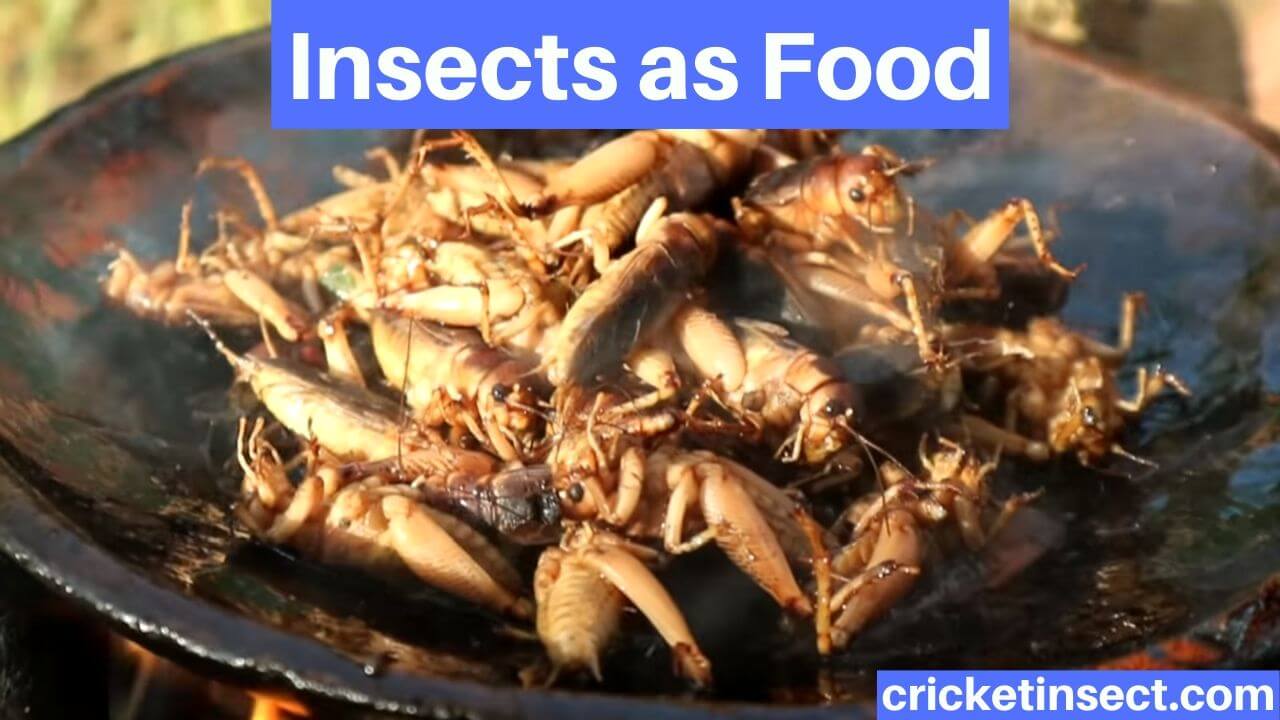 If one day you had the opportunity to travel to Asian countries or deep Africa, you may have already had a taste of what entomophagy was . In poor countries (but not always), eating insects is as common as eating a rib of beef at home in France. Insects as a meal have many advantages: nutritional and economic.

Contents hide
1 Insects and the agro-food economy
2 The list of insects that are not edible
3 The nutritional value of the food insects
4 Confectionery, sweets, lollipops
5 Natural insects
6 Prepared insects

Insects and the agro-food economy

Mass production of edible insects represents a derisory cost alongside the investments required for beef production, for example. The cost of raising a beef in France will come back to produce a few thousand insects without any impact on the environment so dear to our policies. Insect farming is so economical that it is the safest way to feed the planets in the coming decades.

One thing is clear, the mass production of meat will not continue forever especially before the economic emergence of countries such as India, China, Thailand: if these people wanted to feed the European it will take 2 surfaces like the earth, believe it or not it is not an image.

Eating holy, eating insects from nature should not dispense intelligence and it is very risky to venture out to hunt for insects that are eaten without knowing what we do.

We could compare this situation with the picking of mushrooms by amateurs: believe it or not but several people die of intoxication every year by tasting a mushroom that is finally veneneu. Trust the color!
Nature is finally well done and in general we can already eliminate many toxic insects by obeservant their colors. If an insect is of a bizzare color of the yellow or fluorescent green type, quickly pass your passage, you could become seriously ill by eating it!

A holy insect, The idea would you come to eat the doldrums just out of the collective trash of your home? Once again common sense must be your priority, the environment of the insect, what he has to eat are essential criteria. In this regard, do you know that there are productions of organic insects? The animals know what they do.

The birds, the rats instinctively know the food that is adapted to their survival. By observing these insect predators you will be able to almost immediately determine which insect is safe for your consumption. In addition it will develop your spirit of observation! To finish some parts of the body of your prey are not edible, or unpleasant in the mouth: this is for example the case of grasshoppers which it is better to tear the legs before chewing.

The nutritional value of the food insects

With obesity increasingly present in developed countries, so-called rich, the entomophagous alternative could well prove to be an advance in terms of food quality and health. The insects represent a true concentrate of proteins up to 75 percent.

No consumer food can compete, but it’s easier to buy chips right now than buying insects in our food distribution center.
There are a multitude of edible insect preparations, we have listed for you some of these products that can be found on the internet. Since then, I have noticed and surprised that we know only a small part of the things we could eat, be it cultural, economic or perhaps even out of envy.

In some shops you will be pleased to find lollipops with a butterfly or an edible scorpion incorporated, chills guaranteed if you eat it all. We also came across sweets to suck with a worm inside. The insect that is used for the production of the product is eaten without worries or special preparation.

Worms, crickets, grasshoppers, ants or cricket to cook yourself at home or to enjoy nature at your convenience. The insect nature is interesting, even if it is the first time you eat the taste you will be familiar, as if you had experienced entomophagy a few thousand years ago.

Some vendor offers dishes already cooked and seasoned. In France we are familiar with cooked snails, Americans think it’s disgusting … And you?

Related Topics:insects as food
Up Next

Homemade Insecticide to Get Rid of Crickets and Other Insects